A headlight is a light mounted on the front of a vehicle that illuminates the road ahead of it. Headlights assist you in navigating the road at night and improve visibility in inclement weather. To put it another way, having properly operating headlights is essential to your road safety.

Because of the large disparity between daytime and nighttime traffic fatalities, headlamp performance has steadily improved throughout the motor vehicle age. almost half of all traffic-related fatalities occur in the dark, despite only 25% of traffic traveling during darkness.

In this article, we go over the various headlight types that are currently on the market if you’re looking to replace or upgrade.

Halogen, LED, Xenon/HID, and Laser are the four most popular types of car headlight bulbs.
If you’ve ever wondered what type of headlight bulb you’ll need, here’s a quick and simple method to help you figure it out:

Today, there is a bewildering number of aftermarket bulbs to select from, with prices ranging from a few hundred to thousands of Rupees. So we’ll see if it’s better to get the latest, extra-bright bulbs, longer-lasting bulbs, or bulbs with a whiter light output, or if it’s better to just get the cheapest ones you can find.

Despite the fact that the core technology behind halogen lamps has been around for more than half a century, they are still commonly utilised due to their low cost of production and replacement.
Halogen bulbs have a tungsten filament identical to a regular light bulb, but they are filled with halogen gas, which makes the filament glow brighter and lasts longer.
The H4 is a headlight bulb with two filaments that is commonly used in compact cars.
The H17 and H18 bulbs are smaller, more powerful halogen lamps, however the H8, H9, and H11 bulbs are self-sealing and don’t require a watertight unit, therefore they’re frequently used.

EASY TO REPLACE at Home (DIY)

Night driving is critical of almost all car drivers. but there are some effective hacks to make journey safer and hassle free. please watch all series carefully and custom change your car accordingly. 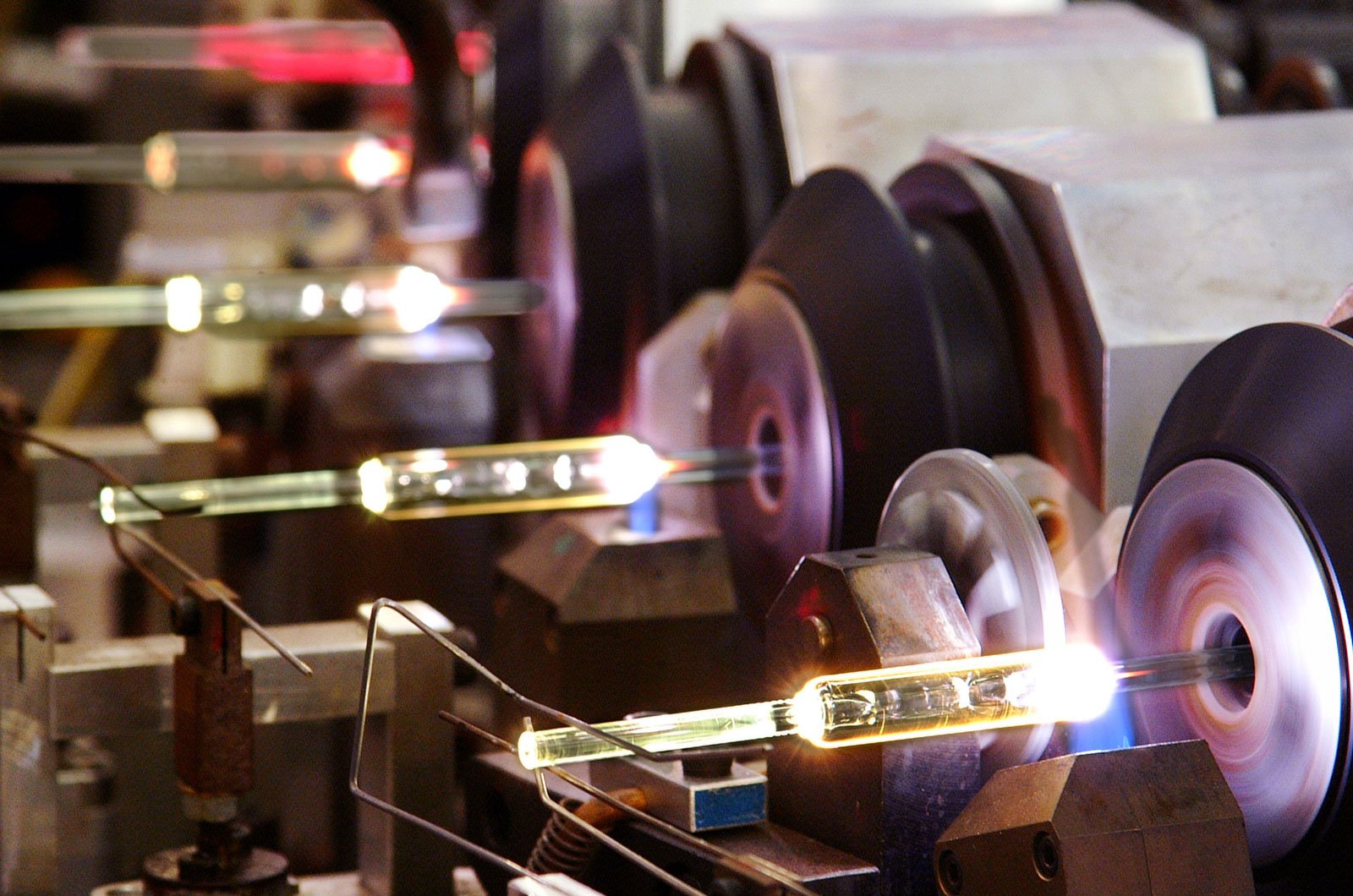 When the filament of a HID lamp, also known as a Xenon headlight, is heated, it emits a dazzling white-blue glow. They were first utilised by BMW in the 1990s and are now considered one of the most premium headlight options by numerous automakers.
HID lights are up to three times brighter and somewhat more energy efficient than halogen lights. Although they are still one of the more expensive options, as HID lights become more common, pricing have gotten more reasonable.

Instead of a filament, HID bulbs have an arc between their two electrodes. It must perform at 80 percent capacity within four seconds of being turned on, which necessitates the use of a high-voltage starter to ignite the gas and a control device to keep the bulb lit.

Firstly, a Xenon bulb supplies more than twice the light of a modern H7 bulb but needs only 2/3 of the electrical power to do this.

The light colour of a Xenon bulb is similar to daylight. This additional light makes the road lighter and brighter.

Xenon light accommodate the natural viewing habits of the human eye – drivers do not get tired as quickly and adopt a more relaxed driving style.

Dangers at the edge of the road and even on the road are detected sooner.

Xenon or HID headlights have a delay of several seconds before reaching maximum output.

They can be too bright and may blind oncoming drivers.

Although xenon bulbs endure much longer than halogen bulbs, their light output might diminish over time, and they will eventually generate insufficient light to be safe for night use. As a result, some manufacturers recommend that xenon bulbs be replaced every three years.

Another issue is that the bluish-white glare can hamper the vision of the other driver in the dark. Because their light is so concentrated, you may not be able to see anything else outside the field of illumination of the headlights. It may be more difficult to park, change lanes, or cross intersections.

New cars are now using LED lights instead of HID because they are more energy efficient, last longer, and allow car manufacturers to design unique light shapes. Light-emitting diode (LED) bulbs, unlike HID bulbs, do not have a filament. Instead, they use a semi-conductor. In recent years, LED headlights have surpassed halogen in popularity.

To stay cool, LED headlights require additional heat sinks and fans, which can increase the cost and make it impossible to install an LED headlamp into a typical halogen headlight housing. However, because of their lower working temperature, they are more environmentally friendly.

LED lights are also being utilised in an increasing number of car products like stop lamps, tail lamps, and interior lamps, as well as for indicator lights on appliances and brilliant torches. LED lights, in other words, are now seen almost everywhere.

LED bulbs are made up of miniature semiconductors that may be organised in a variety of ways to fit into small places. This permits manufacturers to create more streamlined headlight designs and more style options for other assembly components, such as turn signal lights.

Any hue of the spectrum can be emitted with LEDs. They may emit a bright, white light that can illuminate up to a mile ahead without blinding oncoming vehicles. On the colour scale, LED lights normally run from 4,000 to 6,000 Kelvin.

Lastly, they are energy-efficient and can be switched on or off quickly.

The cost of LED headlights is typically higher than their halogen counterparts. This is because the structure of their assembly is a little bit different due to the heat sink that must be built into the lights to prevent the base-emitter from overheating.

Laser headlights are a relatively new advancement in automotive lighting technology. These lights illuminate via chemiluminescence, which means they generate light by triggering a chemical reaction. Laser beams are fired through a chamber, causing the phosphorus gas within to glow. The light coming from the gas is what you see in front of your vehicle, not the laser beams themselves.

To put it another way, the lasers within the headlight unit shine onto mirrors, which reflect onto a lens filled with a special gas, resulting in a strong light beam.

Laser headlights outperform LED bulbs in terms of efficiency. They can produce 1,000 times the amount of light while using half the energy that LEDs do. They are also 10 times smaller than the latter, allowing manufacturers to create a shallower assembly.

They have a Long range with focused light beam, are adaptable.

Furthermore, they are currently only available in high beams, which means they must be used in combination with regular halogen, LED, or HID headlights.

They can produce more light, but they also generate more heat than LEDs. This implies that the assembly will necessitate more sophisticated built-in cooling systems.

While BMW and Audi have started using these in select models, Compared to other headlight types, these lights are very expensive.

Composite (plastic) headlamp assemblies replaced the old round or square glass headlamps back in 1984. Federal Law changed to the point that automakers could shape the headlights a lot of different ways to match the curves of the vehicle’s fenders and grille.

Projector and reflector headlights have their own sets of pros and cons. In terms of price, a reflector headlight system typically costs less than projector headlights. Design-wise, they also take up less space and come in a more compact style. One disadvantage of reflector systems is that their output can be uneven and may produce dark spots.

On the other hand, projector headlights produce a brighter and even light output. At the same time, they are equipped with a cutoff shield that directs the light beam towards the road, preventing oncoming drivers from being blinded by the glare. HID headlights are only designed for projector systems because of this feature. https://www.youtube.com/embed/38xti__ef_g?feature=oembed

Reflector headlight systems are basically bulbs encased in a metal bowl. Early headlights were sealed-beam assemblies that relied on the design of the headlight lens to direct the light beam towards the road.

Bulbs in sealed-beam headlights cannot be replaced without replacing the entire assembly.

Today, reflector headlight systems rely on mirrors strategically placed inside the housing. This means the assemblies no longer need to be sealed and bulbs can be replaced on their own.

Similar to reflector headlights, projector headlights also come with an encased bulb surrounded by mirrors. What makes them different, however, is that they come with a lens that magnifies the brightness of the headlight.

Projector headlights were first used in luxury vehicles in the ‘80s and have since become a popular choice in modern vehicles.