I received a physical copy of my license a few days later. Meanwhile, the weather had begun to change dramatically. I had my first experience of the WINDY CITY. The reason for this was that it was very literal. In Chicago, the wind blows incredibly fast, causing the temperature to drop anywhere from 5 to 10 degrees Fahrenheit below normal.

To give you an idea, 30 degrees Fahrenheit is equivalent to 0 degrees Celsius. I’ve never driven a car in high winds.

Add Snow to the equation, and you’ve bought yourself a nightmare!

Learn More
Get In Touch

So, my first lesson in the winter of Chicago was that I couldn’t just hop in my car and hit the road.
First, I need to warm up the car so that the engine is ready to go. This aids in the interior heating of the vehicle as well as cleaning the wind shields. The space between two cars must be adjusted to account for the possibility of a car skidding due to snow.

Snow is wonderful, but when it turns to ice, cars begin to slide on the roadways. To avoid losing control of the vehicle, brakes should be used gradually and as gently as possible.

A picture is said to be worth a thousand words. According to that logic, a video is worth ten thousand words! Let’s have a look at one of my Snow Driving Experiences. Please keep in mind that this video was shot by a buddy who was travelling with me in the co-passenger seat.

I had asked him to save it as a memory for me to look back on and enjoy, just as we are doing now. Enough said;

let the video do the rest! 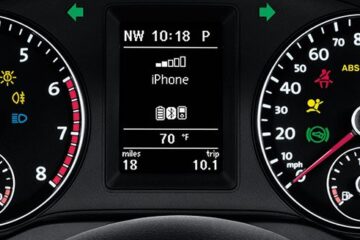